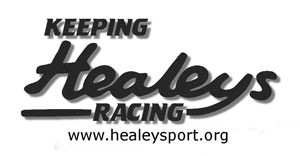 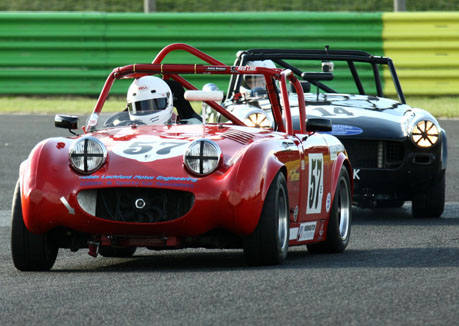 In 2012 the Austin Healey Club Sprite race series merged with the MG Car Club Midget Challenge to form the Midget and Sprite Challenge. The only exclusively 'Spridget' race series in the UK, backed by Marque specialist and keen Sprite racer Robin Lackford of Robin Lackford Engineering Ltd (pictured right in his red Frogeye)

The Robin Lackford Engineering Midget and Sprite Challenge is a national race series for MG Midgets and Austin Healey Sprites that were built between 1956-1979 and the championship is run at a all major circuits in the UK. It is professionally organised but also a very friendly championship that is the natural home for racing Midgets and Sprites

Any driver, whether a novice or expert, who relishes close racing and the challenge of a traditional British rear wheel drive sports car, will want to take part.  It combines enjoyment and a cost effective racing experience, with serious racing on track but a friendly and fun atmosphere off track.

The Championship is open to MG Midget and Austin Healey Sprites. Historic bodied versions of these cars, including: Ashley, Lenham, Sebring, Speedwell, WSM, and Arkley are also accepted. All cars are subject to the MSA approved championship regulations that can be found under the Regulations menu option above.

The class structure reflects the different specifications that Spridgets have raced over the years. There are 6 classes: 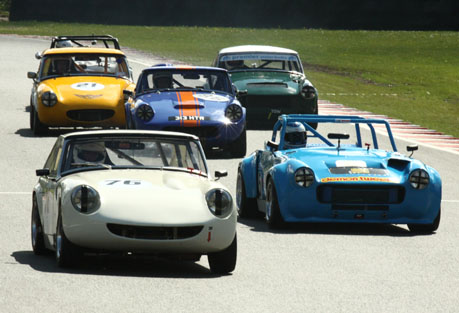 The Midget and Sprite Challenge is actively supported by Robin Lackford Engineering, a renown builder and restorer of classic and race cars, including MG Midgets and Austin Healeys. Robin and his son Nigel also take part in the Championship in class E and D class cars respectively.